The team so obnoxious that they even make standing annoy the hell out of people are back after a well-earned rest and have quickly set about profiling another Challenge team.

This week’s unsub most certainly suffers from post traumatic stress disorder caused by the breakup and subsequent relocation of their beloved Cheetahs. Due to this event the unsub displays all the characteristics of disassociation which caused them to lose their identity for a long period of time. In order to combat this condition the unsub most probably entered into behavior commonly associated with power reassurance to combat their inadequacy, this behavior is most evident in aggressive chanting and beating of drums. A potentially dangerous but ultimately unfulfilling encounter  with FC Seoul may one day lie in wait for the unsub, with stalking and emotions of teen angst towards their perceived abuser commonplace until then.  A charismatic leader the unsub is most likely worshiped by a disgruntled bunch of males who remember the ‘Cheetah days’. 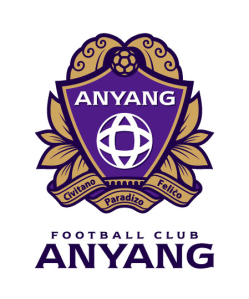 So when the big bad boys of the KFA decided to move the Cheetahs to Seoul it was a dark day for those in Anyang, of course they decided to turn it into almost a decade of darkness. When their protests at the move failed the faithful followers took the only steps left available to them, yep the forum boards of K-League football. It was here for several years that they met in numbers to discuss, or moan depending on your point of view, about their club’s demise and of course FC Seoul’s successes. Unlike the pro-active actions of those pesky Bucheon fans who also suffered the same ignominious fate of relocation, fans of the Cheetahs decided on a more “oh woe is me” approach to the situation. Many years of chip-on-the-shoulder forum posts later and eventually someone decided enough was enough and pushed for a new football club. In the year of our Lord 2013 FC Anyang rose from the ashes of despair, pulled on a purple shirt and finished 4th bottom of the K-League Challenge. They were back in their rightful place in Korean football and gone, but not forgotten, were the days of being proud to be the ‘true victims in all this’.

FC Anyang started the 2014 season full of hope. They had successfully navigated their first season and had managed to avoid the embarrassment of finishing bottom in their debut season . The only way was up with a long awaited return to the dizzy heights of the Classic and that eagerly anticipated clash against those of a red and black persuasion. For a large chunk of the season this pipe-dream was bordering on reality. Sure Daejeon were running away with the title but Anyang had their eyes firmly fixed on a playoff place. They flirted between 2nd and 3rd for almost the full season and were most neutral’s bet for the first playoff place. Of course what do neutrals know, and with only 2 games remaining Anyang ran out of steam and slipped out of the playoff places. They finished the season in 5th place (again) and with nothing to show for their efforts. It must have been tough to take for the boys in purple and was no doubt the KFA’s fault for moving their team to Seoul in 2006. It was a pretty shocking capitulation to not make the play-offs after performing so well. Once again we have dispatched Spencer to investigate if there is any correlation between stamina and position. He was last seen hailing a taxi to Yeouido gleefully clutching a handful of ‘Airforce Bar’ flyers. We await his report in the morning.

Incident 3 : The Hijacking of Olympic Stadium

E-land had been waiting for this day since the company announced their decision to enter into the footballing world. The seats were shoehorned onto the track and the VIP containers laid behind the goal. All that awaited was kick-off,  a kick-off which was surely inspired by Diana Ross’ failed penalty attempt at the 1994 World Cup.  4300 people were in attendance for what was to be a historic moment, although for the first 20 mins of the match you would have been excused for thinking it was only the 200 strong Anyang support that had made the trip. They out-sang and out-drummed their hosts and even out-booed the poor announcer who tried to start a “GOAL,GOAL,GOAL” chant at one point. If their fans were hijacking the occasion at least the players had the respect not to? No! After a first half where E-land had just shaded things and were 1-0 to the good via a dubious penalty, Anyang stepped up a gear and bossed events. It wasn’t long before they had leveled the scoreline through a fantastic lob from Kim Sun Min. They probably should have taken all 3pts but took their foot of the gas before the end and seemed happy with a share of the points.  It was E-land’s party, it was their big day but i’m guessing Anyang didn’t get the memo.

The team watch in awe as E-land kick-off their first match.