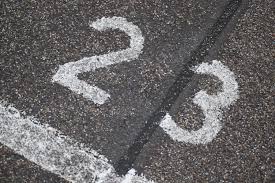 It’s been a crazy busy time in the K-League’s top division as we’ve seen midweek games for the last couple of weeks. This sudden flurry of fixtures has seen a slight gap open up at the top of the table as Jeonbuk, Ulsan and Suwon start to put some light between themselves and the chasing pack. We’ve also seen a resurgent Seoul team claw themselves back into the ACL contest just as we’ve seen Pohang free-fall down the table and into the relegation group.

This weekend sees a final round of fixtures before we take a short break in proceedings so moving onto the days action, below are some brief previews and predictions for this Saturdays upcoming clashes.

The first game of the weekend is between two relegation group teams, as bottom side Gwangju welcome Jeonnam to town. Gwangju have been having a nightmare of late and have now lost three games straight and are in the kind of trouble that most people expected them to be in the last two seasons. In order to bail them out they signed ex-Aberdeen and Celtic player Niall McGinn. He hasn’t really had any time to make an impact but he’ll need to be at his best soon if he is to drag them to safety. It’s not all rosy at Jeonnam either as they haven’t been doing much better with a solitary win in their last five games. They were easily beaten 4-1 at Suwon midweek as they were cut apart time and time again by the pace and guile of Yeom Ki Hun and Johnathan. Jeonnam have won the previous two clashes between the teams and on paper will have the edge, although a huge factor though will be if Jair is fit as he missed out against The Bluewings and they severely need him back.

The second game of the day is a tussle between two teams having hugely contrasting seasons as high flying Ulsan and struggling Incheon United clash. Ulsan have won their last three games on the bounce although they haven’t exactly been against the toughest of opposition. Their last defeat was to league leaders Jeonbuk when they were royally spanked 4-0. Even though they sit 2nd in the table they have a goal difference of -1 which goes to prove that they are not exactly solid at the back, or consistent.  Incheon come into the match after being hammered during the week as they fell 5-1 to FC Seoul, yet again. Reports from that match suggest that Incheon were pretty horrendous at the back throughout and will need to tighten up against a team like Ulsan if they are to avoid another heavy defeat.  These sides played at the end of last month when Incheon ran out 2-1 winners, a repeat for them today would tend to be unlikely.

The final game on Saturday comes from Jeju and is between Jeju United and Pohang Steelers in a match which only a few months ago was a table topping clash. Jeju still seem to be struggling to find any real consistency although they have won two of their last three games but this was a team that at the start of the season looked real title contenders. They bounced back from losing at home to Seoul by defeating Sangju 3-0 away, Yoon Bitgaram netting his first goal since returning from China. Pohang, on the other hand have been dismal of late and have now lost their last three games, including a shock 3-0 defeat to 10th place Daegu midweek. They also brought back a former hero in the shape of Kim Seung Dae but you get the feeling it will take more than that to hoist them back up the table. Both teams have won their home clashes this season, could we see the same again?