Last week saw a rather surprising set of results as first Seoul fell to Incheon on Sunday before the all-conquering Jeonbuk crashed to a 2-1 home defeat at the hands of the Army on Wednesday. Wednesday actually saw one of, if not THE, highest scoring round of fixtures in my time in Korea as 25 goals were scored in a set of fixtures which  had some rather choice defending and some incredibly poor goalkeeping…. Shin Hwa Yong I’m looking at you.

This weekend sees another round of fixtures that could have huge implications at both ends of the table. On Saturday we have….. 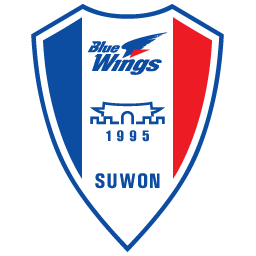 First up we have a Derby match as Incheon welcome Suwon Bluewings to home in what are usually fiercely contested battles. Incheon, amazingly,  are unbeaten in their last six matches and even more amazingly have only conceded the one goal which was against Sangju. They have chosen the exact right time to find form as they find themselves locked in a four-way battle to avoid the playoffs. They defeated rivals Seoul last Sunday, Song Si Woo being the last minute hero that day. Suwon have watched their slim title hopes dwindle away ever since Johnathan got injured against Seoul and have lost three of their last five with the most recent being a 3-2 defeat at home to Jeju United. That game witnessed one of the worst goalkeeping errors I’ve seen as a long punt up the pitch somehow bounced past the hapless Shin in goal. When you are missing the league’s best striker it’s not wise to give your opponents a goal of a start. Suwon haven’t lost this fixture this year and romped home 3-0 winners the last time they met….but then Johnathan scored a fantastic brace that day! 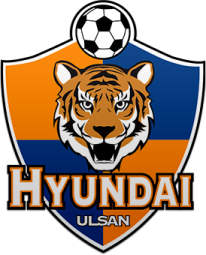 Next up on Saturday is a match which should be as easy to predict as my drink of choice in a Soju tent in Yeouido as Ulsan and Jeonnam clash. Ulsan are strong at home and are enjoying a relatively solid patch of form with one the one defeat in the last two months, although it’s probably the draws that are hampering their title charge. They have found their shooting boots of late and you have to go all the way back to early July for the last time they failed to find the net. They sit just 6pts adrift of Jeonbuk and a win today could heap the pressure on them.  Jeonnam are quite the the polar opposite of Ulsan, they have lost three in of their last five and in fact haven’t won since the start of August. They are getting dragged into the playoff battle but unlike Incheon and Daegu they don’t really look like tough opponents. Ulsan will definitely be favorites here even though Jeonnam destroyed them 5-0 earlier in the season.

The final match on Saturday sees Sangju Sangmu and Jeju United face off after both teams recorded vital victories midweek. Sangju dug deep to come back from 1-0 down at Jeonbuk as first Joo Min Kyu then Kim Ho Nam found the net to give them a much needed 3pts. Joo’s goal has seen the campaign to get him in the National Team getting mentioned again as he is beginning to find his feet in the army and ultimately the Classic. They still have a long way to go to secure a place at next season’s top table but that is now two wins in a row and an 11pt gap over Gwangju.  Their opponents today though are THE in-form team of the moment, and have won eight and drawn two of their last ten games. It’s that kind of form that’s been needed to keep pace with Jeonbuk and after midweek Jeju find themselves only 3pts behind the league leaders. A win today would heap a whole lot of pressure on the boys from Jeonju and as we saw last year they don’t exactly excel under pressure. Jeju again had the form of Yoon Bitgaram to thank for their winning ways and the decision to bring him back in the summer is proving to be a cracking piece of business. Jeju have won the previous two meetings by three goals, 3-0 and 4-1 but today could be a little closer.